We would like to offer our sincere support to anyone coping with grief. Enter your email below for our complimentary daily grief messages. Messages run for up to one year and you can stop at any time. Your email will not be used for any other purpose.

Share a memory
Obituary & Services
Tribute Wall
Read more about the life story of Carolyn and share your memories in the Tribute Book.

Carolyn Estelle Asmar, daughter of the late Edwin Lindman and the late Dorothy Holtham of Boston,
Massachusetts, died peacefully early in the morning of November 10, 2022. She was 90 years old.
Born in Danbury, Connecticut, “Carol”, as she was known, grew up in nearby New Milford where her
father worked as a math teacher at the Canterbury School. Carol always took pleasure in telling people
that her father “taught JFK math” when he attended Canterbury.

Carol graduated in 1949 from New Milford High School in Connecticut. Then, after completing a post-
graduate year at the Northfield School in Northfield, MA, she attended Russell Sage College in Troy, New
York, where she majored in Communications and graduated in 1954.

In 1954, she met Louis J. Asmar, an electrician who lived in Danbury, CT and they married on September
10, 1955. Whenever Carol was asked about her relationship and life with Louis she would always say
simply: “I had the best!” Soon after their wedding, they bought a house in Danbury where Carol would
live for all but the last nine years of her life. Carol’s and Louis’ first and only child, Lisa Asmar, was born
in July, 1958, and grew up surrounded by their love until early in 1976 when Louis died suddenly of a
heart attack.

Once Lisa was old enough, Carol went to work. She worked as an administrator at Kanthal Corporation
headquarters in Bethel, CT. She later transitioned into banking and worked happily for approximately 35
years as a teller at Union Trust before ending her career at the Union Savings Bank in Fairfield, CT.
Carol’s many customers commented frequently on her positive spirit, attentive and careful service, and
warm sense of humor. Years later, whenever someone would comment on her cold hands, she would
say: “Cold hands, warm heart!”

Carol always loved to travel with her daughter, Lisa, and her close friend, Nancy. In her free time, she
read countless biographies and crime stories, watched crime or suspense thrillers on TV, and knitted or
did needlepoint. She was a member of the Congregational Church in Danbury.

In 2013, Carol moved north to Brookdale River Bay in Quincy, MA, to be closer to Lisa, who had settled
in Hingham, MA. Moving to Quincy also brought her back to her Boston roots as both set of her
grandparents had lived in Hyde Park and Boston when she was a child. The moved enabled her to spend
more time with Lisa and her husband, Stuart, and her three grandchildren, Julia, Carolyn (KK), and Brad
whom she adored and who loved having her so close for so long.

We remember Carol for her sense of humor, stories of growing up, constant sense of contentment (she
was “never bored”), and enduring love for her family. We will miss her frequent, big hugs and her
constant response to our asking how she was feeling: “With my fingers!”

Carol is survived by her daughter, Lisa, and by her grandchildren. She is predeceased by her two older
sisters, Jean Ryther and Sally Lindman, and her husband, Louis.

A private, burial ceremony will be held in Danbury, CT. In lieu of flowers, donations may be made to the
Hull Seaside Animal Rescue at 487 Nantasket Ave., Hull, MA 02045 (https://www.hsar.org/donate) for
cats and kittens ... as she loved cats! 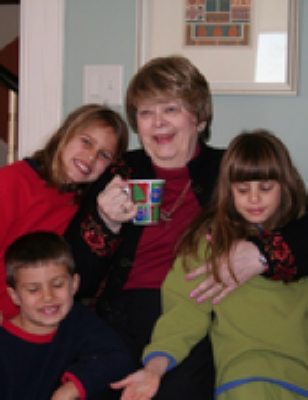 In Loving Memory Of

Look inside to read what others have shared


Family and friends are coming together online to create a special keepsake. Every memory left on the online obituary will be automatically included in the book.

You can still show your support by sending flowers directly to the family, or by planting a memorial tree in the memory of Carolyn L. (Lindman) Asmar
© 2022 Hamel-Lydon Chapel & Cremation Service of Massachusetts. All Rights Reserved. Funeral Home website by CFS & TA | Terms of Use | Privacy Policy | Accessibility