Plant a tree in memory of Peter
An environmentally-friendly option 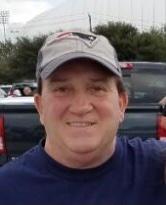 Peter George Leite, age 70, passed away on Tuesday at his home in Seekonk, MA. He was born in Providence, RI to the late Arthur Leite and Demetra (Stephanopolous) Leite. He was raised in Providence before moving to Seekonk when he was 10 years old and residing there for his remaining 60 years.

Peter was preceded in death by his parents, his father-in-law, Edward Parmentier and his brothers, Stephen and David Leite. He is survived by his loving wife of 26 years Dori (Parmentier) Leite; mother-in-law, Carol (Chateauneuf) Parmentier; 7 children, Peter, Paul, Tammy, Todd, Demi, David, and Carina; 21 grandchildren; 5 great-grandchildren; sister, Constance and her husband, Tom Filkins; sister, Elaine and her husband, Sean Blanar, along with numerous other family and friends.

Peter served in the US Army Reserves. He was hardworking, ambitious and determined in his professional life as an engineer and entrepreneur. He was a loving, humorous and selfless family man. Peter enjoyed outdoor hobbies including hunting, fishing and boating. He was an avid New England Patriots fan who attended countless games and Super Bowls. He traveled many places, including his favorite destination of Aruba. His curiosity regarding the world encouraged his passion for learning about science and history. He touched the lives of all who met him. His cousin and partner in crime, Charlie Stephanopoulos describes him as a man who “always wanted to make the people around him happy.”

Plant a tree in memory of Peter by clicking here.
To send flowers to Peter's family, please visit our floral store.

Plant a tree in memory of Peter
An environmentally-friendly option

Plant a tree in memory of Peter

5 trees planted in memory of Peter

There are 9 photos available in the gallery

We plant these trees in your memory. May they grow strong and be as worthy of how you lived your life and how good you were to everyone that you touched.

One of the greatest men I’ve ever known. An uncle to me, the best friend my father could have ever asked for. The bonus brother my mom loved so much. Countless memories and always FUN. I will remember all the good times; and you will live in through your amazing family. Miss you always. “Don’t stop believing” ❤️

Our deepest sympathies, Peter was always such a pleasure to be around. He will be missed

Words cannot express how much I will miss you.  I have many wonderful memories, pictures and letters that I will cherish forever.  When I think back to when we were kids I remember you as being very inquisitive, energetic, determined and a deep thinker which served you well as an adult.  All those wonderful traits along with your insight and hard work ethic propelled you to become the successful business man that you were.
But even more than all of your success, your kindness and selfless ways touched so many people.  You were still humble and well grounded and I feel blessed to be able to call you my brother.  Your legacy will live on forever as you join mom, dad, our brothers Stephen and David and other family members.  You will always have a special place in my heart.

One of the most special people I have ever known.  You worked with such drive and had such inspiration and you had a dream to be the best you could be and it became your PGL enterprise.  You helped many people through your company and through your own unselfish gifts and kindness.  You truly were a brother to me, whom I have respected and admired by what you accomplished as a husband and father in your life.  I will cherish all the good times we had.  Our many nights of visits talking into the wee hours, times at the Cape and Aruba and many more that I will never forget.  You have a great family and you were a great father to all of your kids.  We will all miss your smile and everything about you.
You introduced me to VO Manhattan's and I will toast to you tonight!  As you start your new journey in life, I will miss you and we will re-unite once again in the future.

Plant a tree in memory of Peter